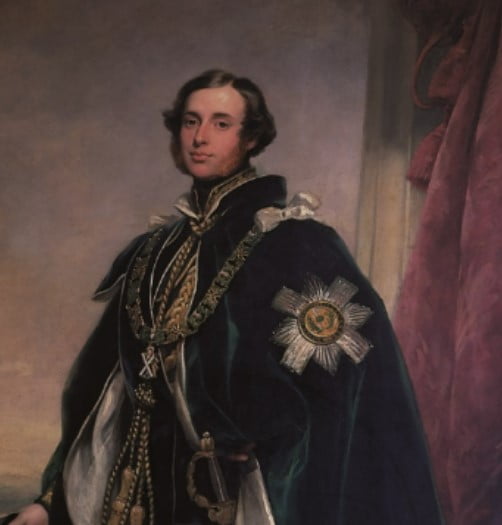 Orders of Chivalry are still very much a part of English and Scottish ceremonial life and State occasions, but have their ideological roots in the Medieval period, when an often fractious nobility was bound in service, fraternity and fealty to the Sovereign.

With St Andrew’s Day, the feast day of Scotland’s Patron Saint, approaching at the end of the month, Scotland’s Order of the Thistle prepares for its annual installation of new members. There is at present one vacant position within the ranks of the Order to be filled. This year’s installation is especially significant, as it occurs under the reign of the new king, Charles III, who will decide to whom to allocate the position.

The Order of the Thistle cannot readily be proven to be as old as its English counterpart. Though there are tales of it stretching back into the fourteenth century, and Robert Bruce’s victory at Bannockburn, its statutes can only be securely dated to 1687 when the Thistle was created/revived by King James VII of Scotland (James II of England and Ireland). Its motto, Nemo me impune lacessit, or ‘No-one provokes me with Impunity’, is shared by the Royal Regiment of Scotland, Scots Guards and Royal Scots Dragoon Guards.

Since 1911, meetings have been held annually in the chapel at St Giles High Kirk in Edinburgh. Extra members are permitted, and these are most usually foreign heads of state and members 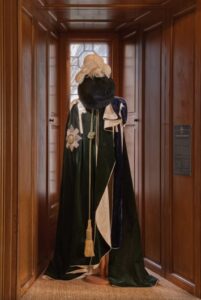 of the Royal Family. Each year, the Sovereign resides at the Palace of Holyrood house for a week in June or July; during the visit, a service for the Order is held. Traditionally, one would give up the Thistle is named to the Garter, though Royal members can be involved in both. It is very rare for members to leave the Order for any other reason, with the last occurrence being in 1872.

The Garter can be proven to be significantly older than its Scottish counterpart, founded by Edward III of England in 1348, two years after the great victory over the French at the battle of Crecy. There are varying theories as to why the blue garter and its motto, ‘hon y soi qui mal y pense’ was chosen and why the Order was created. The most plausible of these is that the blue garter is representative of Edward’s claim to the French throne and the motto, perhaps best translated as ‘shame on him who thinks ill of it’, also refers to this claim. The Order consists of 26 members, and meets at St George’s chapel, Windsor. In the chapel, the knights are seated in two ‘teams’ on either side, with the sovereign as the head of one side, and the Prince of Wales as the head of the other. There are good reasons to think that the origins of this arrangement reflect the possibility of two evenly matched ‘teams’, to face off in tournaments held at the original Garter gatherings. Membership is in the gift of the Sovereign and is non-hereditary. The third Duke of Roxburghe was invested into the Order of the Garter in the reign of George III.