The roman numerals MM in box hedging signify the year 2000 and flank the ducal coronet. On the upper terrace are varieties of heritage apple trees trained up circular frames.

This lovely formal garden features the intertwining initials of the 10th Duke and Duchess: G (Guy), V (Virginia) and R (Roxburghe). This was taken from a similar design on the Floors Castle linen made in 1900.

On the central bed, the ducal coronet is laid out with varieties of euonymus. This is flanked by two sloping beds with the Latin numerals MM (for the year 2000), using traditional box.

Also situated within the Millennium Parterre is a charming building known as the Queen’s House. The Queen’s House was built in 1867 especially for Queen Victoria to take afternoon tea in during her visit to Floors. Originally it was attached to magnificent glass houses filled with delicious fruits and vegetables. The building itself had beautiful hand-painted tiles lining the walls, wonderful stonework and huge windows to allow in as much natural light as possible. The glasshouses were removed shortly before WWII but this enchanting building and its interesting history live on. 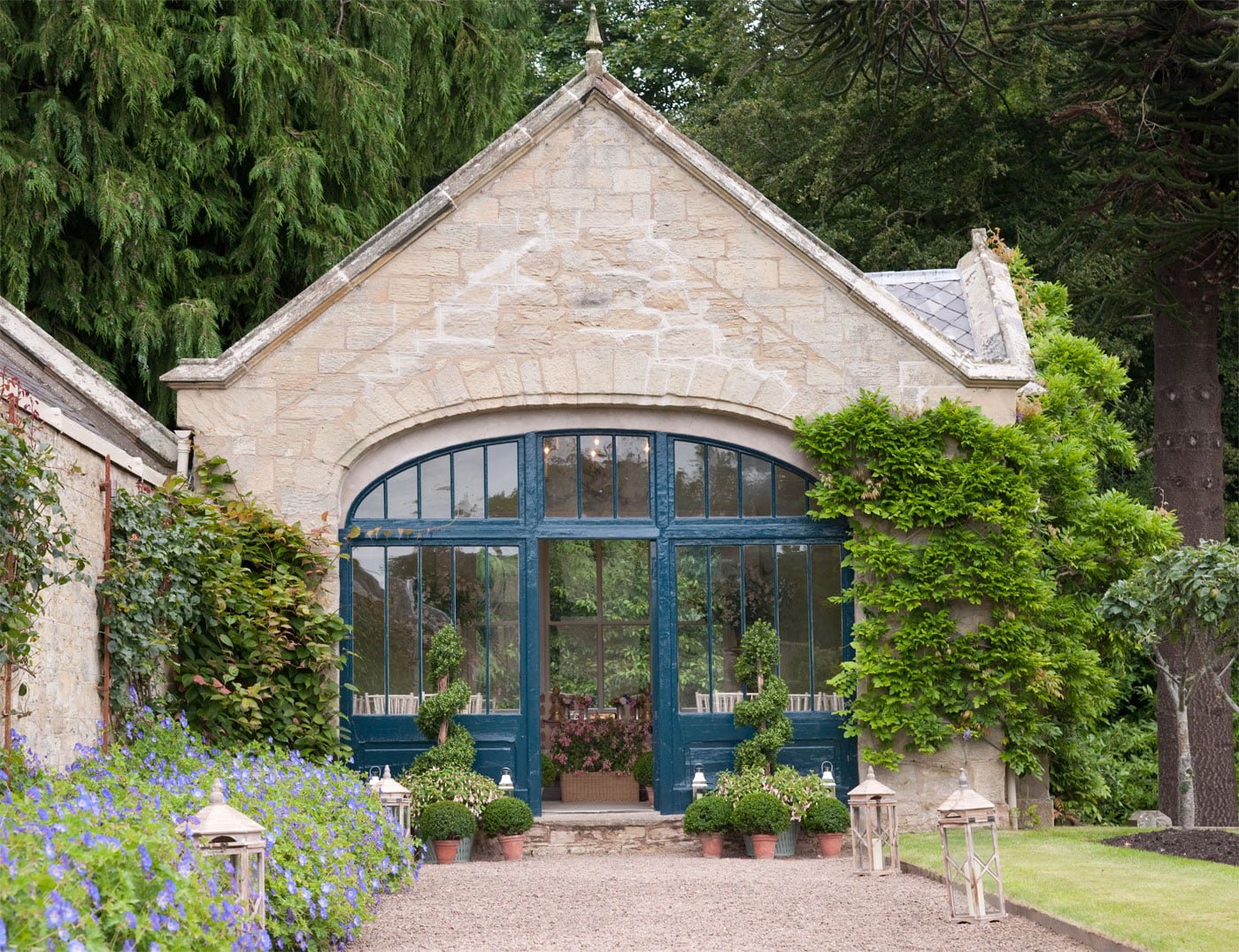 Floors Castle is not only a Duke's family home, but also the heart of the diverse Roxburghe Estates in a beautiful part of the Scottish Borders.
Visit Floors

Enjoy a great day out with friends and family
Book tickets

Keep up-to-date with our news and latest events