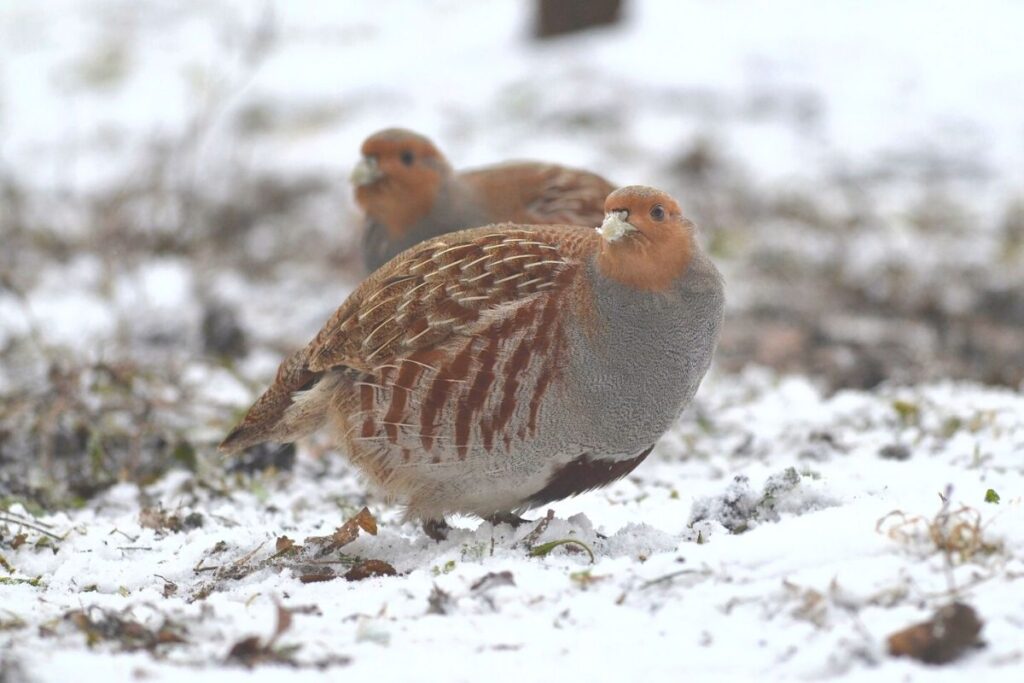 The latest spring pair counts have shown that numbers have risen from just 43 pairs in 2012 to 272 across the entire conservation area in 2021.

The Grey Partridge is a medium-sized bird with a distinctive orange face, it flies with whirring wings and occasional glides, showing a chestnut tail.

It is strictly a ground bird, thus unlikely ever to be found in pear trees!

Once very common and widespread, it has undergone serious declines throughout most of its range and is a Red List species.

The Roxburghe Estates Grey partridge restoration project started in 2012, and covered approximately 4,000 acres of farmland. The Estate’s Key objective at the time was to improve wild grey partridge numbers however the work that has been undertaken to improve partridge numbers has also increased numbers of waders, farmland birds and brown hares in the area. As the project has progressed partridges have started to spread out from the initial conservation area and the surrounding farms to the north of the Tweed. The project now covers a total of 6,000 acres of which 4,000 acres is tenanted land and 2,000 acres is in hand farms.

The latest spring pair counts have shown that numbers have risen from just 43 pairs in 2012 to 272 across the entire conservation area in 2021. I can testify to the success of the enterprise myself, as we used to live in a village around where the project was being carried out. Along with our regular garden birds, we often had groups of Grey Partridge feeding on the ground around the feeders. Great little birds.

Improving habitat is the best way to increase partridge numbers, there will be less dispersal of pairs, and partridges will hold better with better habitat. The two main types of habitat required to increase partridge numbers are hedges and field margins. New hedgerows not only benefit the Partridges, but a wide variety of other species, and with half the hedgerows in Britain having vanished since the mid 1940s, replenishment of these vital ecosystems is of benefit to biodiversity of birds, mammals and invertebrates. 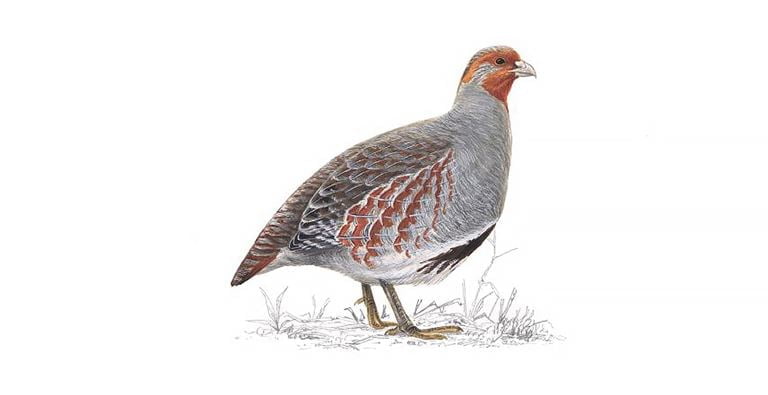 The need has therefore arisen to increase the volume of hedgerow on the areas of the Estate where the Partridges live. This is sometimes difficult for farmers as the planting of new hedgerows shade crops at the edges of fields. A solution to this problem is to leave a 3 metre margin at the edge of the field. This also has the potential to reduce the damage to crops caused by rabbits.

The Estate has endeavoured to compensate farmer for the work required and revenue lost through the methods required to increase Grey Partridge numbers, and continues to work in partnership with tenants to improve the lot of the Grey Partridge and other species related to its habitat.