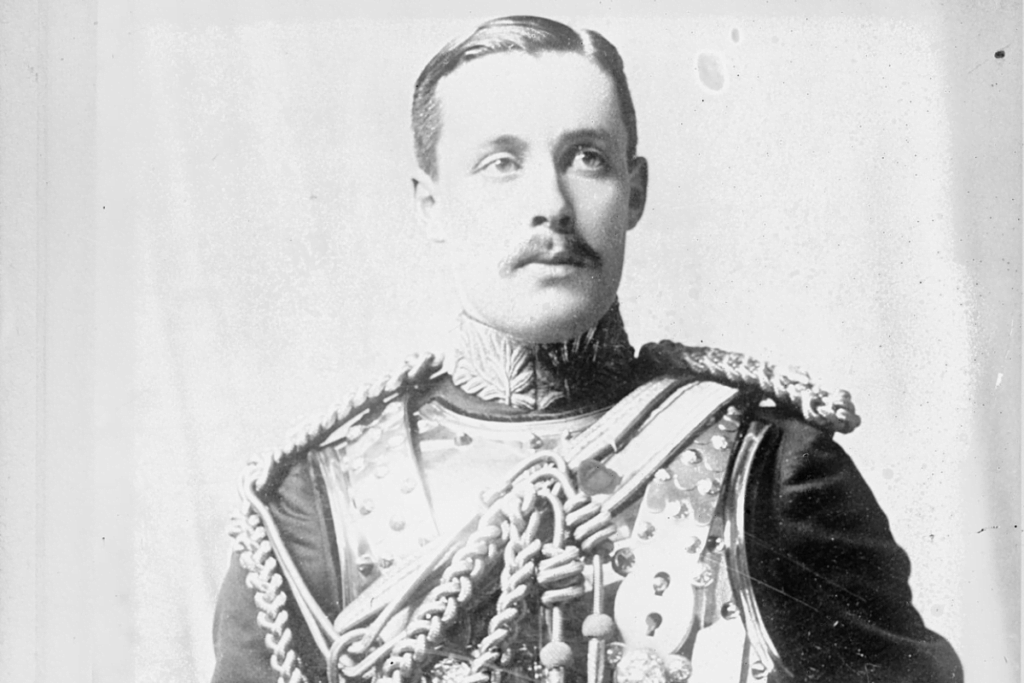 A voyage across the world to build relationships that must last a lifetime.

With the death of Queen Victoria at the end of her long reign in January 1901 and the accession of her son Edward, the task of asserting Royal authority in the Commonwealth fell to George, Duke of Cornwall and York.

Henry Innes Ker, 8th Duke of Roxburghe and great grandfather to the current duke was a graduate of Eton and the Royal Military College at Sandhurst. An officer in the Household Cavalry and a courtier, he was trusted by the Crown.

Following his service during the Boer War, he was chosen to accompany the Duke of Cornwall and York (the future King George V) as A.D.C on his tour of the Commonwealth, a tour that was designed by the political establishment to reward the dominions for their support during the war in South Africa against the Boers.

The Royal yacht set sail from Portsmouth on the 16th March 1901. The planned route was to round the Southern coast of Spain, and through the Pillars of Hercules into the Mediterranean Sea, stopping at Malta, before going through the Suez canal into the Red Sea and on to the Gulf of Aden. From here they would head for Ceylon (modern Sri Lanka), then on to Singapore, Australia and New Zealand, before crossing the Indian Ocean to the island of Mauritius. The tour then headed for South Africa, before rounding the Cape of Good Hope into the Atlantic, making for St Vincent, Nova Scotia and Newfoundland before heading for home at the end of October.

HMS Ophir had replaced the aging HMS Victoria and Albert as the Royal Yacht. Built in 1891, Ophir was a twin screw ocean liner working the London-Aden-Colombo route for the Orient Steam Navigation Company of London, before her temporary promotion. In spite of her grand title, the accommodation on board was not to everyone’s liking, Roxburghe describing his quarters as, ‘a regular dog box’. The Bay of Biscay proved turbulent, and many aboard suffered the ravages of sea sickness, the ship began taking on water off Lisbon, but the weather calmed as they rounded Cape St. Vincent. 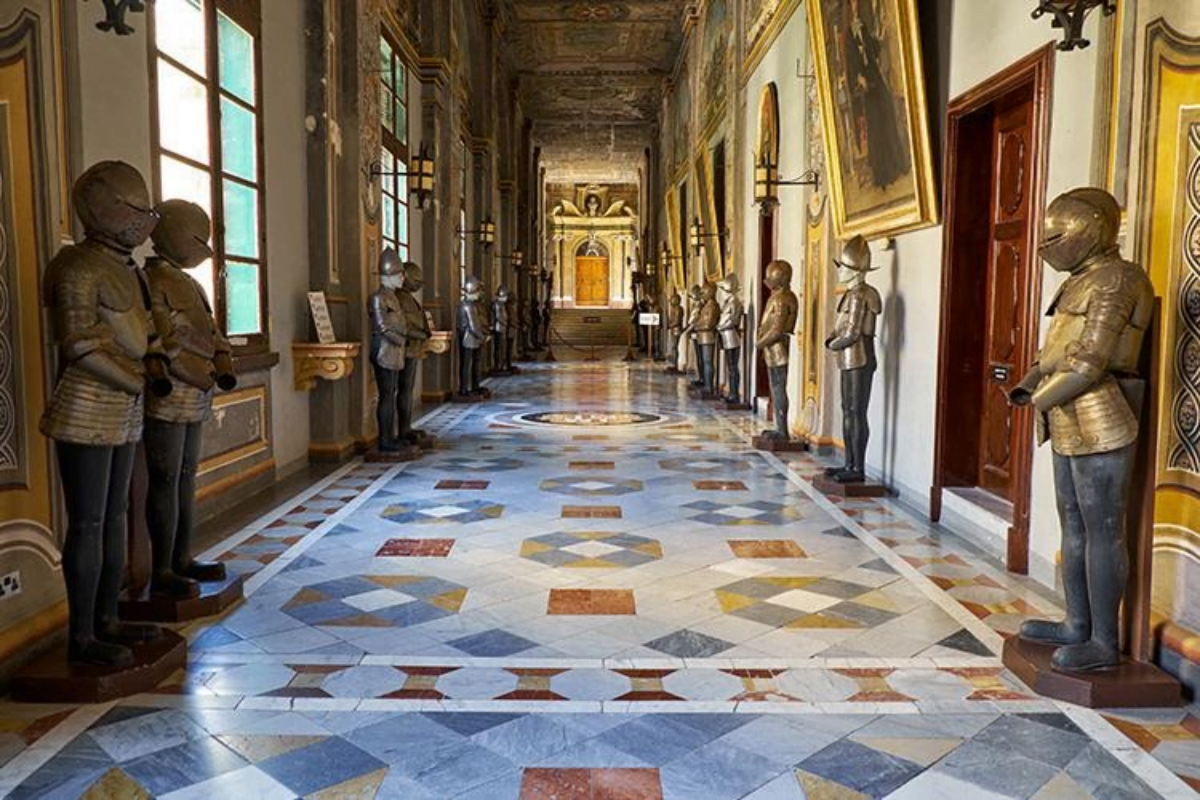 Some much needed respite from the voyage was provided when Ophir put in at Valetta, Malta, in late March. The Royal Yacht was met with a fleet of ten destroyers conducting high speed manoeuvres and firing their guns in salute. Roxburghe was particularly impressed with the Palace of the Knights of St John, a medieval military order (see above), stating that the pictures, marbles and armour were ‘very fine’. The three days on Malta were filled with tours of the best sights on the island and a variety of dinners, before being seen off with a fireworks display.

At Port Said, the mouth of the Suez Canal, Roxburghe found ‘the smelliest and dirtiest town I have ever seen’. April saw them pass through the Canal into the heat of the Red Sea and the muggy port of Aden. Roxburghe did not enjoy the heat, and complained of it often as Ophir crossed the Indian Ocean, making landfall at Colombo, Ceylon on April 12th.

At Kandy, after a medal presentation to the Ceylon Mounted Infantry, Roxburghe went to visit a temple. He seemed to take it all with a pinch of salt, commenting that the, ‘priests being dressed in yellow and shaved all over. Saw ‘Budda’s tooth’ which is much respected and surrounded by various jewels and gold, but I should say it originally belonged to a horse or dog, being far too big for a man. Fireworks and a rather boring tattoo after then back, dead beat to bed’.

Ophir then set a course for the Malacca Straits and Singapore, before setting out for Australia. They landed at Albany at the end of April, before attending the opening of Federal Parliament in Melbourne on 9th May. The next few weeks were spent travelling around and hunting. It seems they all found it rather pleasant not to be at sea. After shooting as much indigenous wildlife as was humanly possible (the duke’s diary always includes the day’s ‘bag’), they arrived in Sydney on 27th May, where medals were presented by H.R.H for service by Australian soldiers in the war in Africa. 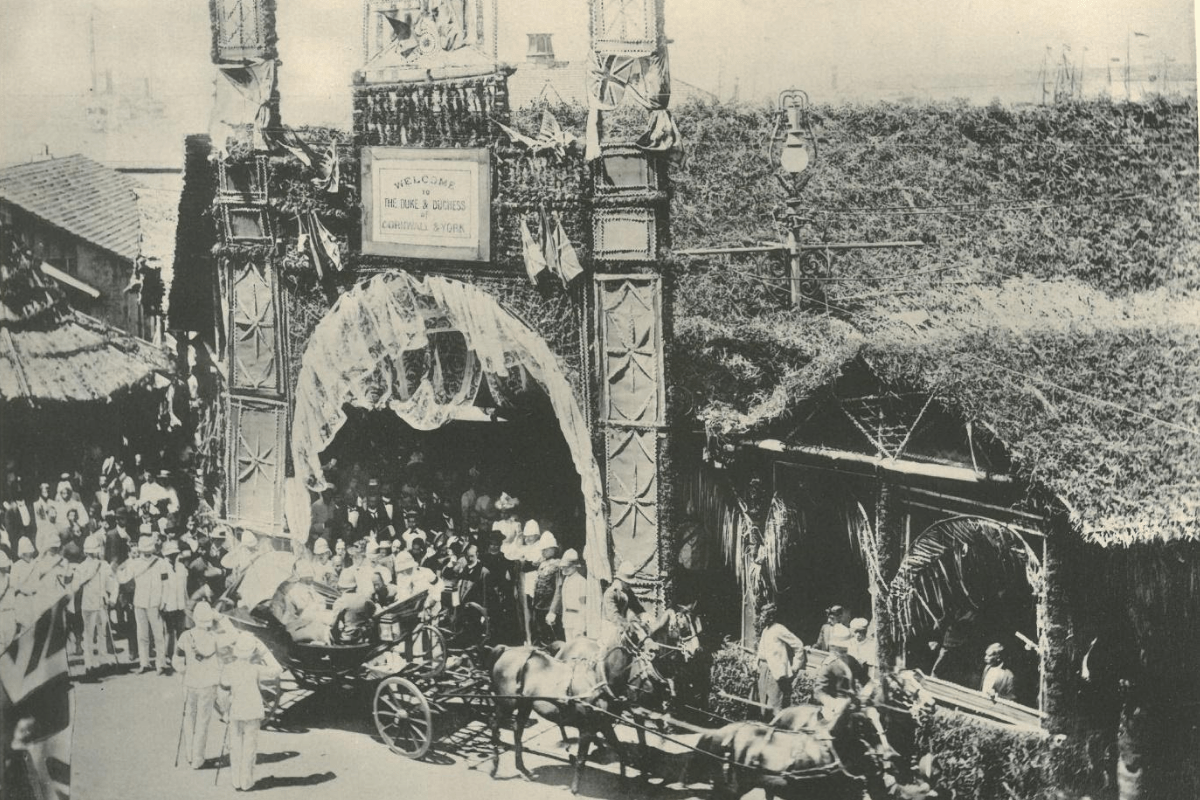 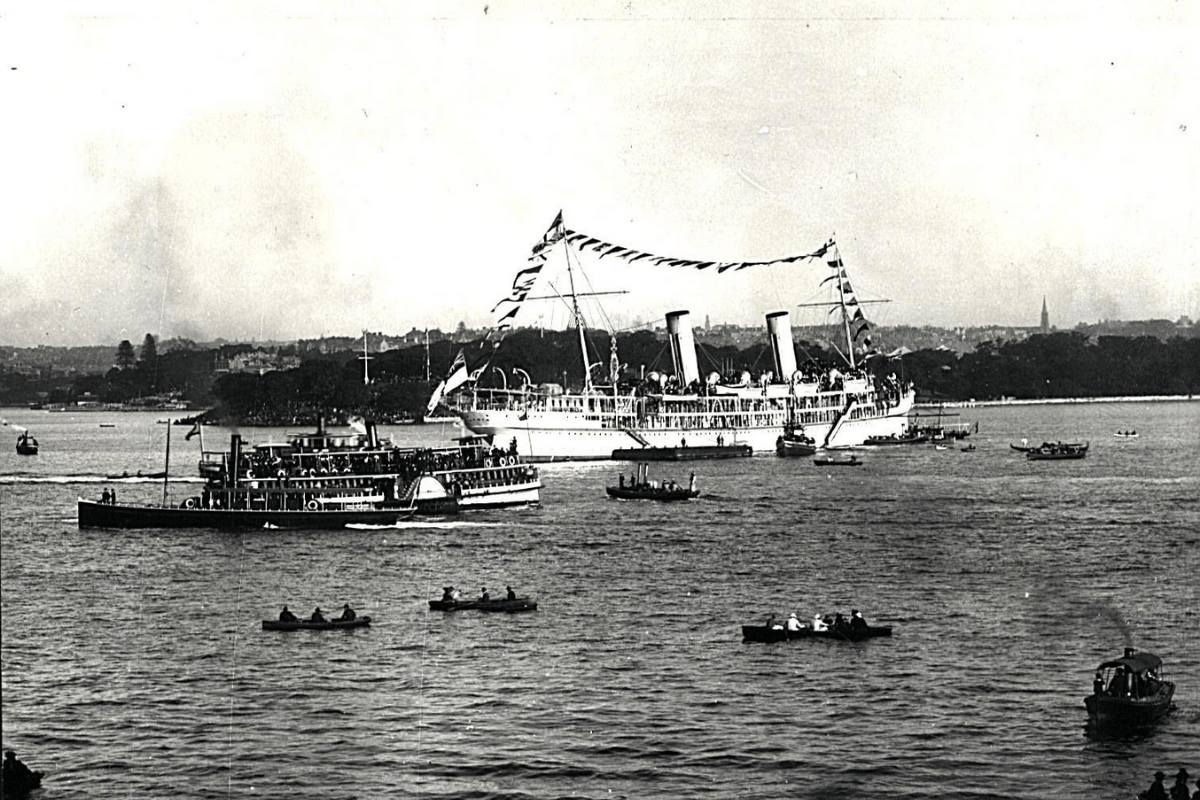 The planned stop over in Africa was potentially controversial, as the war was still in progress. It was important to the government in London however, that the heir to the throne be seen to visit the territory to be seen supporting ‘loyal South Africans’. Roxburghe had served here himself in 1899-1900, and was to be awarded the Order of the Thistle in due course for his conspicuous gallantry in the face of the enemy at a confusing and disorganised engagement near Rensberg. He was gratified to be filled in by the Prince following his interview with Lord Kitchener, commander of imperial forces in Africa, on the state of the war.

After a visit to Canada, the expedition headed for Britain after seven months away. Roxburghe and the future king had cemented a relationship that was to last a lifetime. The future king had done the same with the Commonwealth, on whose manpower he, and the nation, would come to rely upon so heavily in the near future as the world was plunged into war.

All in all, a useful way to spend a summer holiday.